Objective: In order to synthesize the written table format of

Objective:  In order to synthesize the written table format of the occupational therapy domain areas and
to develop a visual cognitive map of the domains so as to apply the principles of the domains to a case
study each student will create two visual maps to demonstrate their knowledge.  (This is as
demonstrated in class).
Instructions:  This assignment has two parts:
Part 1.  The generic visual map will include:
* Each broad Domain area
* Main categories under each broad domain area
* at least one example under each main category.
For example:
Broad Domain = Client Factor
Main Category = Body Functions
One example = Mental Functions
Part 2.  Students will then use the case study below and apply the domains outlining a 2nd visual
map with the client’s information.
CASE STUDY:  Harold
Harold is a 55-year-old Caucasian man who was admitted to the inpatient psychiatric unit of the
veteran’s administration hospital from the emergency room (ER). He was brought into the ER by police
after getting into a fight at a local bar. Harold was treated for minor cuts and abrasions. The owner of
the bar knows Harold well and did not want to press charges.
Harold has a history of alcohol and heroin abuse that goes back 32 years. He started using drugs
when he was in Vietnam and became addicted to heroin and then cocaine. He has been living in his own
home and rents out rooms to his friends, most of whom are his “drinking buddies” as well. He has not
been able to hold a job for more than a few months due to his substance abuse. Harold has tried a
variety of different jobs and has been through several work retraining programs. He did find that he likes
working with computers; however, he was unable to retain any job in the highly competitive job market.
He would end up getting drunk or high and not show up for work for a few days, neglecting to call in.
Harold finished college prior to enlisting in the army. His father had served in World War II, and
he felt it was his duty to serve as well. Harold was married for 6 years after he returned from Vietnam,
and he and his wife have one son. They divorced because of his substance abuse problem and his wife
and son moved away; she did not want their son to be influenced by Harold. He has not seen his son

Occupational Therapy Assistant Program
OTAP 1210 Foundations in Occupational Therapy
Occupational Therapy Practice Framework Mapping Assignment
B.3.2.  Demonstrate knowledge of and apply the interaction of occupation and activity, including areas of occupation, performance skills,
performance patterns, context(s) and environments, and client factors.
since they moved away 27 years ago. Harold has two siblings, but has little contact with either of them.
Both his parents are deceased.
Harold would rather have fun than be responsible. He is easily influenced by his friends to go out
drinking or score some cocaine. His entire social circle is made up of people he either does cocaine with
or drinks with. He does not have the ability to make his own decisions and stick to them.
He is admitted to the locked psychiatric unit for detoxification. He will be seen by the
psychiatrist, occupational therapist, and psychiatric nurse. He will be incorporated into the milieu of the
unit and. expected to participate in group activities as determined by Harold and the team.
At the occupational therapy evaluation, Harold presents as disheveled in appearance. He does not have
any clothes with him, so he is wearing a hospital johnnie, hospital robe, and slippers. He is unshaven, his
hair is still matted with blood, and it is clear that he has not yet showered. When asked by the OT if he
wishes to take some time to clean up before the interview he asks “What’s the point?” He is
administered an interest inventory and indicated interests in watching sports on TV and going to movies.
He appears easily distracted, loses his train of thought easily, and needs to ask for questions to be
repeated. When given a simple copying task, he has difficulty following directions. He cannot remember
the events leading up to his hospitalization. When asked what a typical day was like, Harold cannot give
any specific information. He says that he and his buddies just “kinda hang around all day and do
whatever we feel like doing.” It is unclear if anyone in the household is responsible for grocery shopping,
cleaning, or any other homemaking tasks, though Harold does not appear malnourished. Harold had to
leave the occupational therapy evaluation before it was completed because he became very anxious and
started to shake. It is unclear what his goals are and whether he is truly invested in his recovery process.

Looking for this or a Similar Assignment? Place your Order Below and get a 15% Discount 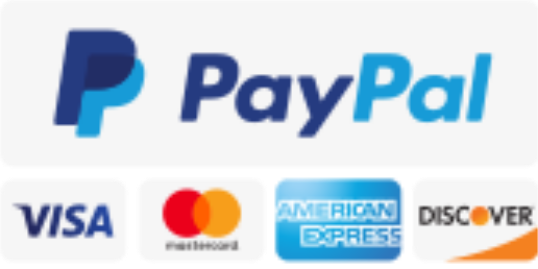 Disclaimer: If you need a custom written term, thesis or research paper as well as an essay or dissertation sample, choosing Online Paper Research – a relatively cheap custom writing service – is a great option. Get any needed writing assistance at a price that every average student can afford.